For most riders a stage win at the Tour de France would be an epic achievement, for Bob Jungels it symbolises the end to the pain and frustration of the last 2 years. Discover Bob’s journey to that unforgettable 60km breakaway to win Stage 9 of the Tour de France, and the amazing numbers behind the ride that has cemented his name in the history books.

Back From The Brink

Big wins are nothing new for the 29-year-old Luxembourg-born rider. Bob, a previous stage winner of the Giro d'Italia in 2017, has claimed the prestigious Liège-Bastogne-Liège title in 2018 and powered home in first at Kuurne-Brussel-Kuurne in 2019.

However, in recent years Bob has been battling injury. He was diagnosed with arterial endofibrosis, which prevented him from delivering his peak performances for a period of time, but after a successful surgery, he is now back to his best self. Now with a solid winter block and with a few races under his belt this year, Bob has laid a solid foundation to reshare his amazing talent and tenacity with the world as he has been building towards this year's Tour de France.

It was very tough the last two or three years. Last year, we finally found the source of the problem and I had a surgery. It took a long time to recover, we believed at some points in the beginning of the year that I wasn’t going to make it back to that level.

The Build Up To The Day

Going into any Grand Tour, riders are looking to be hitting their stride and to start mentally preparing themselves for the gruelling 23 days ahead, but for Bob, the Tour almost didn't happen. A week out from the start, Bob tested positive for Covid-19; thankfully, doctors determined that he was not contagious and was allowed to race.

Just waiting for that result, you could see that I could start the race on Friday. It was very close, I believe, but it was ok. Luckily, I made it and luckily, I’m here...

From the first day on the bike, Bob has been determined to make his mark on the Tour. On stage 1, he placed 12th, and from there, Bob says he felt 'better and better.' It wasn't long before stage 8 came, a stage that lent itself to Bob's strength and one where he could have a say. After a 186km ride, Bob crossed the line in ninth; finishing in the top ten was good but not good enough...

The Stage Is Set

Stage 9 of the Tour see’s the riders travel from Aigle (home base to the UCI) to Châtel. Aigle is no stranger to a bike race with the Tour de Romandie being a regular visitor, however this is the first time it has seen the Tour de France. The initial 33kms are raced on the flat before the riders enter the Côte de Bellevue for a 4km climb at 4%. The foot of the Col des Mosses appears close to the halfway mark of the race and this climb at 4.1%. The 13.3 kilometres climb at 4.1% comes just before the gruelling 8.1km and 7.6% Col de la Croix. After this the riders descend down into a flat section before Monthey. The finish lies at the top of Pas de Morgin at an elevation of close to 1,300 metres.

As the Tour entered the Alps for its second mountain packed full of climbs, Cols, and Côtes, things got underway with a fast pace. The peloton split not long after the flags dropped; however, a crash slowed the bunch, with a number of riders suffering some pretty nasty road rash as they battled on; 15 riders went clear as they moved along Lake Geneva and past the Charlie Chaplin museum.

Then the hammer dropped. A calm and determined Bob broke away just before the King of the Mountains and kicked on with a daredevil descent of the Col de la Croix with approximately 60km left. Reaching speeds in excess of 90km/hr he opened up a 50 second gap on the chasers, and he just kept hammering away. Pinot joined the party for a stunning game of cat and mouse, but Bob's form was just too strong as he continued fizzing through an average of 1,200kcal/hr to power his performance (total calories burned for the 4hr and 46min effort was 5,706kcal).

Despite Pinot giving it his best effort, Bob's 340 watt and 38.1km/hr (given quite a bit of downhill riding) final 60km average was just too much. The deal was sealed when Bob zipped up his aerosuit for the final push to bring things home after a heroic ride to win his first ever stage of the Tour de France.

You never believe it until it happens. It was a very hard finish up here. To be honest, even just now I’m not thinking about much. It’s such a relief of many frustrating months and years coming down and I’m just happy now.

"It's hard to say how I feel, I'm overwhelmed to be honest"

"When I saw him go, I was like: What are you doing!?" @AdamBlythe89 admits he questioned Bob Jungels' tactics when he decided to attack with over 60km to go 😅#TDF2022 | @discoveryplusUK pic.twitter.com/56vTXUoA2L

So, so good to see. Not many guys work harder, or could have kept the faith through as many struggles as he did the last few years! Congrats @BobJungels - no one deserves this more!!! https://t.co/EgWYRzfTiv

This amazing feat by Bob would not have been possible without the right fuelling strategy, underfuelled and he wouldn’t have made it to the top of Col de la Croix, fuelled too early and he would have been caught as he reached the peak at Pas de Morgins. Discover the same nutrition system used by Bob, and fuel your performance no matter your sport visit hexis.live 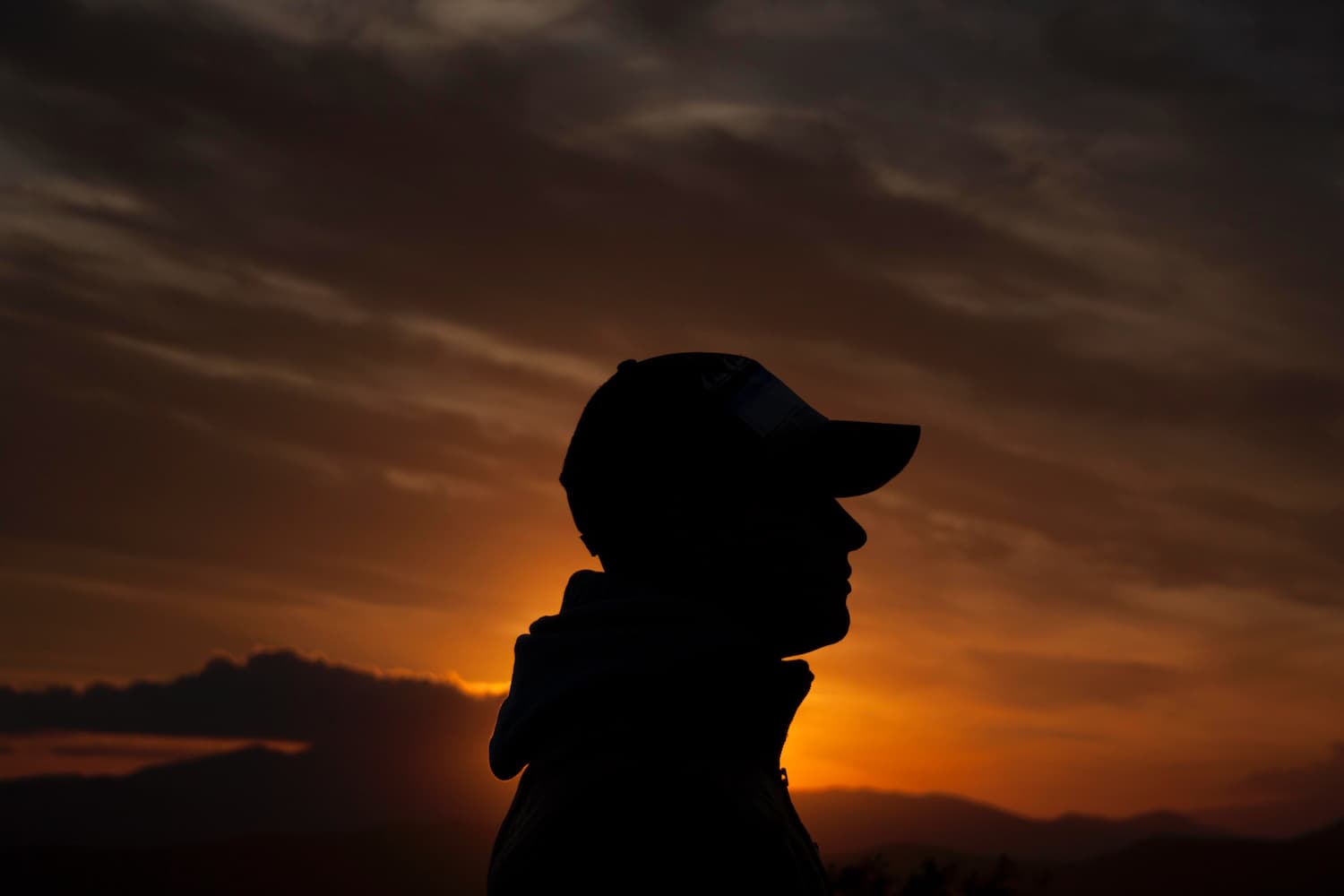 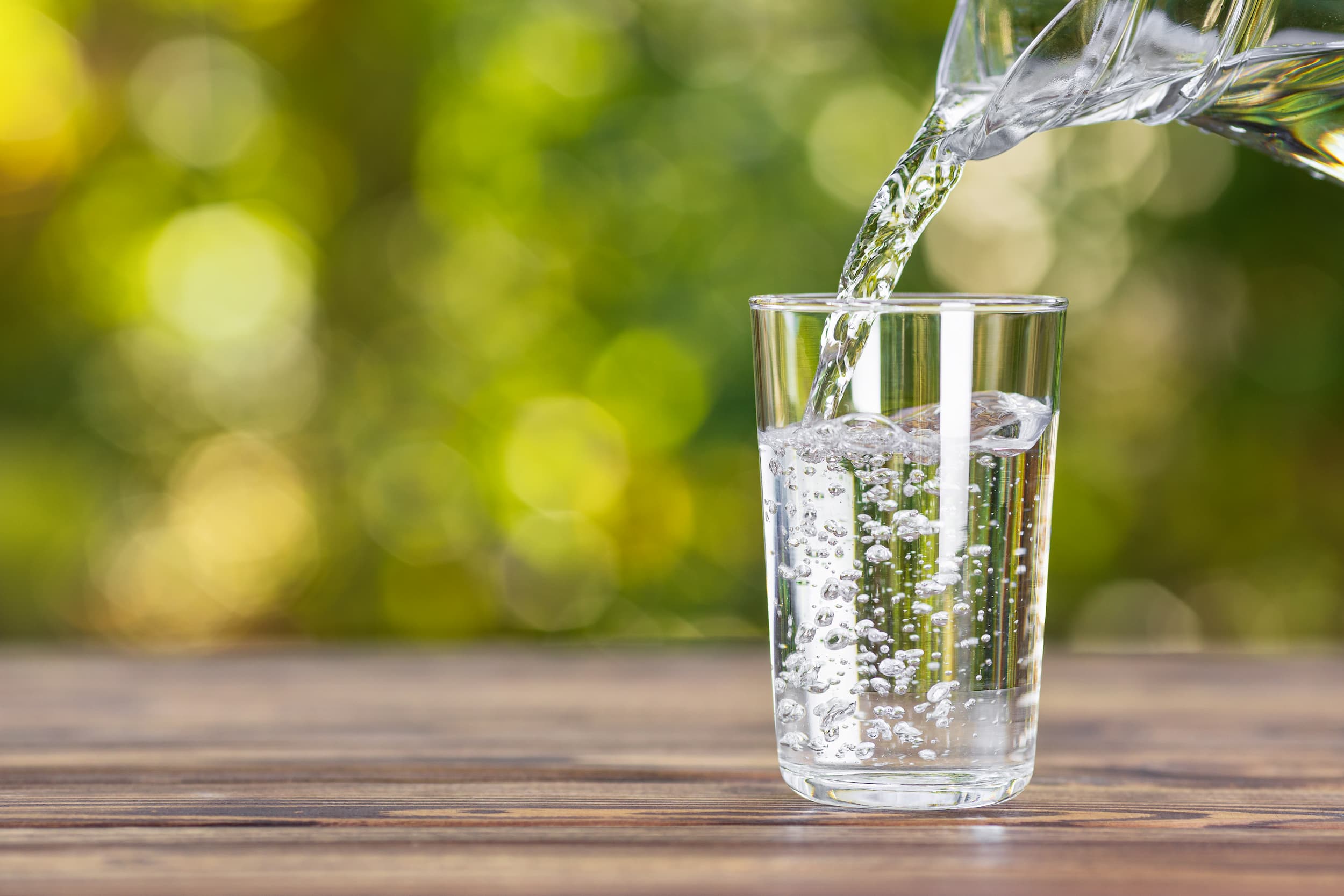 How much water should you drink per day?

Our bodies constantly lose water through sweat, urination and breathing. So to prevent...

How much water should you drink per day?

Our bodies constantly lose water through sweat, urination and breathing. So to prevent... 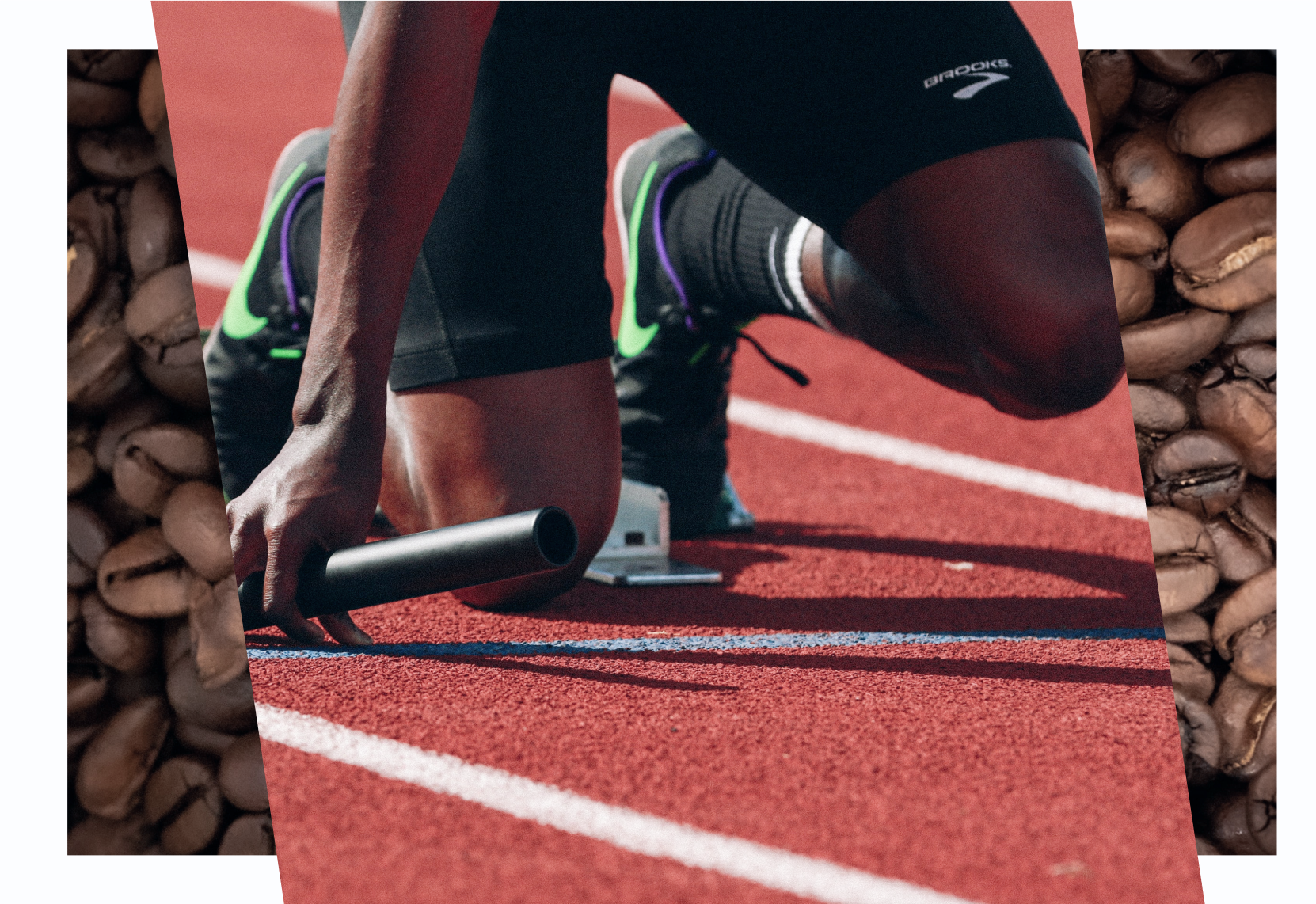 Caffeine: Give your workouts that little pick me up

We all use caffeine to get us up in the morning, but could you use it on the pitch?

Caffeine: Give your workouts that little pick me up

We all use caffeine to get us up in the morning, but could you use it on the pitch? 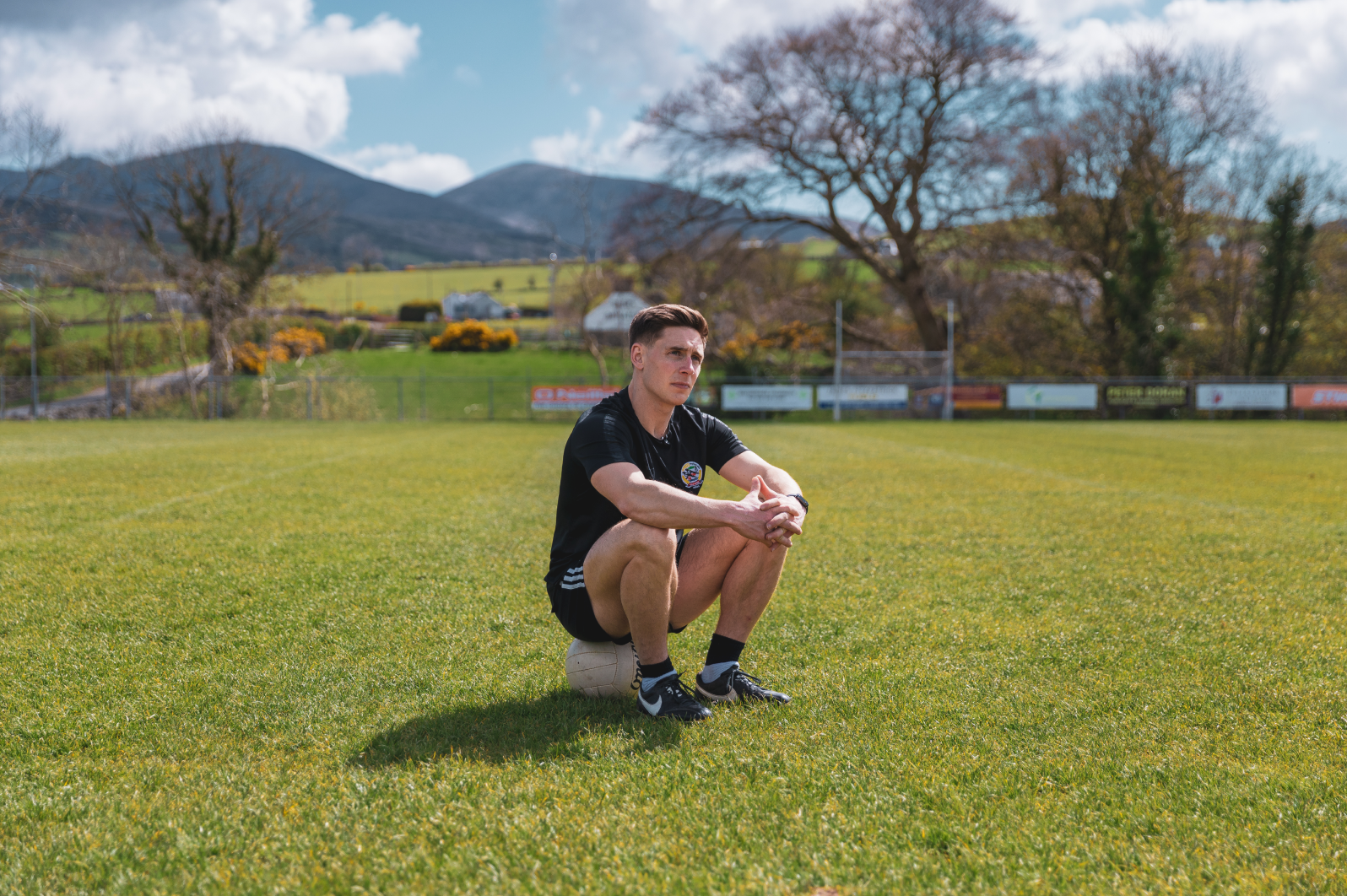